After years, water puppetry is a popular traditional performing art in Vietnam. Vietnamese people from modern city to the agricultural villages both loves water puppets. These shows are also performed at foreign stages and become well-known easily. If you learn about water puppetry, you will know that the iconic character for this art form is Teu. There are many intereting facts about this character.

Even if you haven’t watched the water puppet show, you can easily imagine it in your head because it is very famous Teu is bigger than all other puppets, although if based on his hair, Teu is only about seven or eight years old. He has a plump body, snow-white skin and a big smile. He wear a loin-cloth to reveal  his chest and round belly. When he teases the audience, his hands wave, his head tilted back and forth.

In Chinese-transcribed Vietnamese, “Tễu” means “laugh”. Teu is a reckless character, always joking and sarcastic. In plays, Teu is the MC, commentator, storyteller, and critic of corrupt practices of the officials. In other plays, Teu was the one who waved a flag or a cannon. 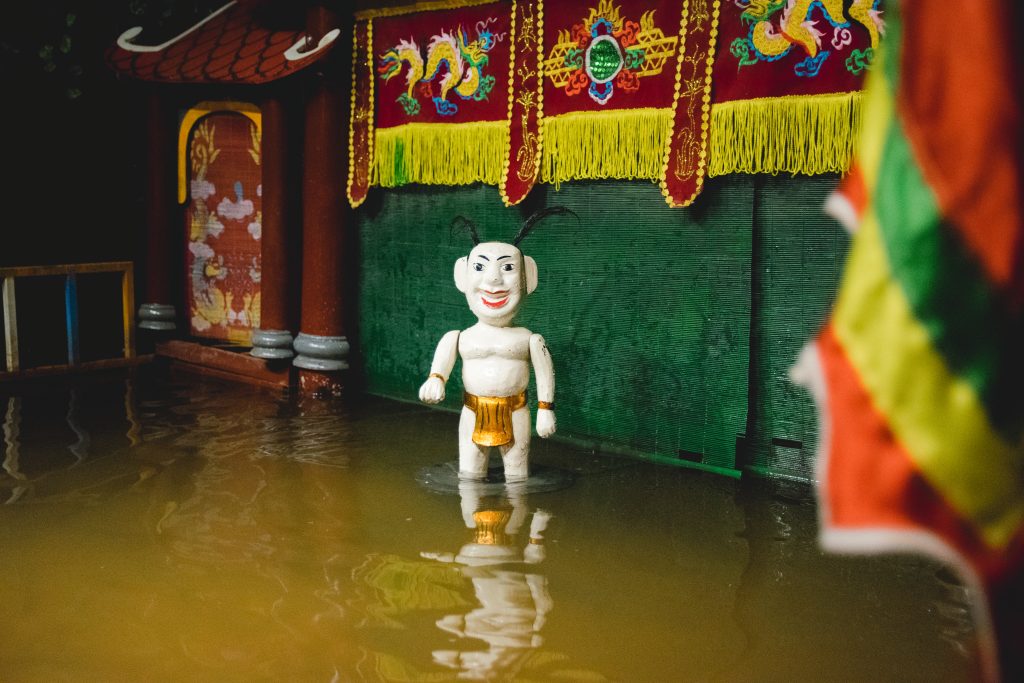 “Teu is the soul of water puppet, a bridge between the performer and the viewer …”

All puppet shows use Teu as the opening character, although the contents of each show are different. Like in the Greek theater, Teu started the show by stirring the audience: “Come on, my children! What do you want to see? ” Or Teu witty by all the funny invitations: “Hey, sister, do I have to give my name …”

Teu plays a role as a storyteller during village festivals. He is responsible for opening the festival, introducing the show and announcing the events taking place in the village. This character has the freedom to talk about any incident or anyone. His frequent appearance makes him become an intermediate character, creating sympathy between the audience and the puppet characters. 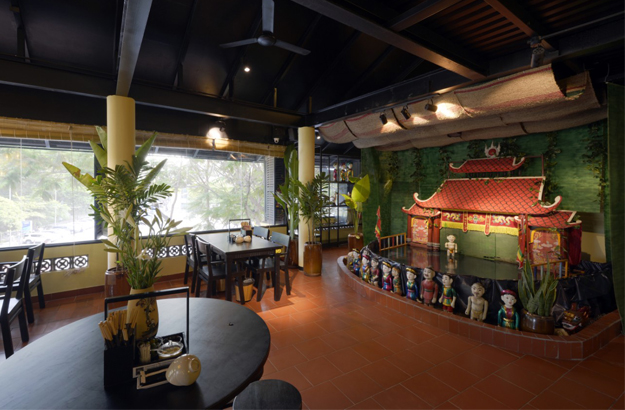 Dau Homemade has created mini water puppet show at 52 Le Lai Branch. Every detail of the stage has been thoroughly examined to accurately simulate the traditional stage. The most special ones are puppets, including both Teu and all other characters, which were brought from Hanoi. They were carved, sculpted, painted under the hands of artist Phan Thanh Liem – the father of mini water puppet art.

Dau Homemade can not bring professional performances, but we will always try our best to get customers the best experience. In such a crowded, noisy city like ​​Saigon, it is difficult to find out an ancient atmosphere like It. Come to Dau to try authentic Bun dau mam tom in a Hanoi-style space and watch water puppet show, it’s will be unforgettable!!! 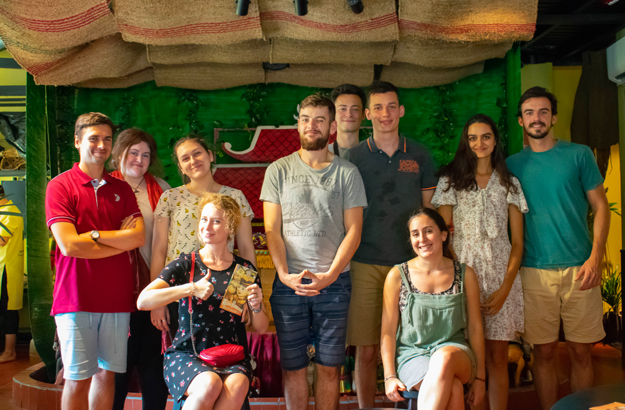 Opening from 2012, 6 Hong Ha Branch has become a familiar restaurant for those who love Hanoi cuisine. This is…

No products in the cart.